Please look over the following: 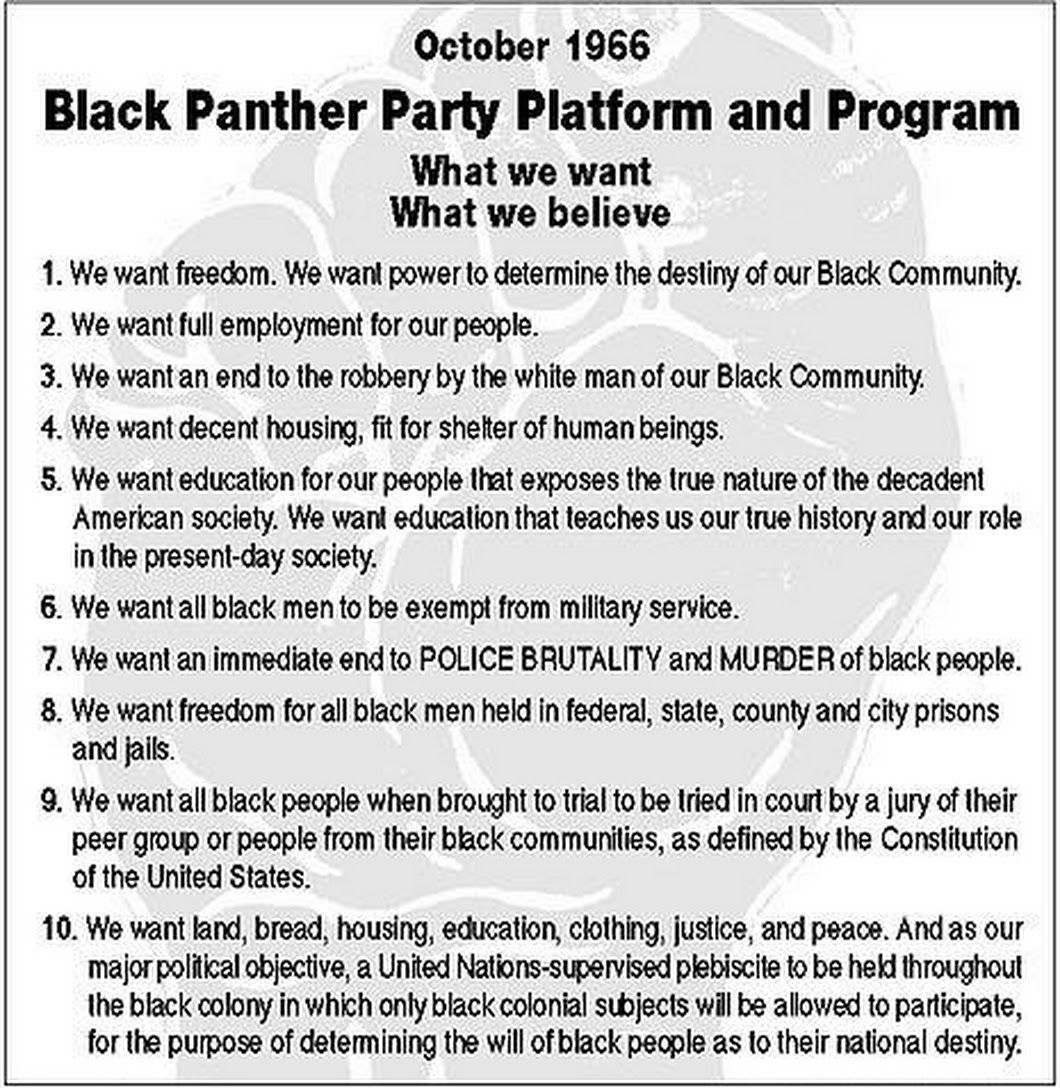 1: Which list do you think is most effective? What can these lists tell us about racial progress (or lack of) in America?

2: Why do you think the United States is still grappling with issues of racial discrimination today . . . and what can be done to reduce racial prejudices and discrimination in America?

Please post your first post by Thursday and respond to at least two of your classmates as well as answering their questions.

1: Which list do you think is most effective? What can these lists tell us about racial progress (or lack of) in America?

These are tough questions. Mostly because both of these lists are essentially demanding the same thing but are expressed differently because of the time. During the Black Power, it was a lot more militant, the Black Panthers were prominent and it showed on the list of demands. It was a call for more immediate specific action. The BLM reflects more recent times, more broad demands. Looking for more long-term systemic change and investment more into black infrastructure. Overall though both were saying the same thing. We demand equality and the same opportunities as everyone else.

2: Why do you think the United States is still grappling with issues of racial discrimination today . . . and what can be done to reduce?

This is an impossible question to answer in one post but overall I would say we’re still grappling because not enough people want to admit that racism and issues of race do actually exist and that it exist in every facet of life. So many do things that are blatantly racist and see nothing wrong with it. That’s a problem. In reality, racism is something that will never be completed eradicated sadly but to reduce racial prejudices and discrimination in America, the country has to educated on the history of racism and that the county was basically built on racism. Also, people that are in power positions need to put the proper infrastructure in place. It has to be fixed systemically. Changing people’s hearts and minds is one battle but we need policies in place.

Which list do you think is most effective? What can these lists tell us about racial progress (or lack of) in America?

I would have to say a lot of these demands would be effective considering most of the issues have been ongoing for years with no solid solution. Economic Justice stands out the most to me. Statically black communities are unable to afford nice housing or find high paying jobs compared to other races, but why? I’ve always wondered why it has been much more difficult to build a solid foundation in the black community, the government should take blame to start by not providing the proper shelter, funds, or care to help communities struggling the most. It shouldn’t have to come down to demands, protests, or violence to achieve equality.

Why do you think the United States is still grappling with issues of racial discrimination today . . . and what can be done to reduce racial prejudices and discrimination in America?

I think there has been a lack of education about different cultures/races, educating our youth at a young age is a good way to start. Also being accountable for realizing when you or even someone else is being racist, a lot of people take it as a joke no days which is a huge problem.

EssayClue is an award-winning assignment help service provider. We have a team of professional tutors to help you with any assignment regardless of the the deadline. Contact us for immediate help.

How Our Service is Used:

Our essays are NOT intended to be forwarded as finalized work as it is only strictly meant to be used for research and study purposes. We do not endorse or condone any type of plagiarism.